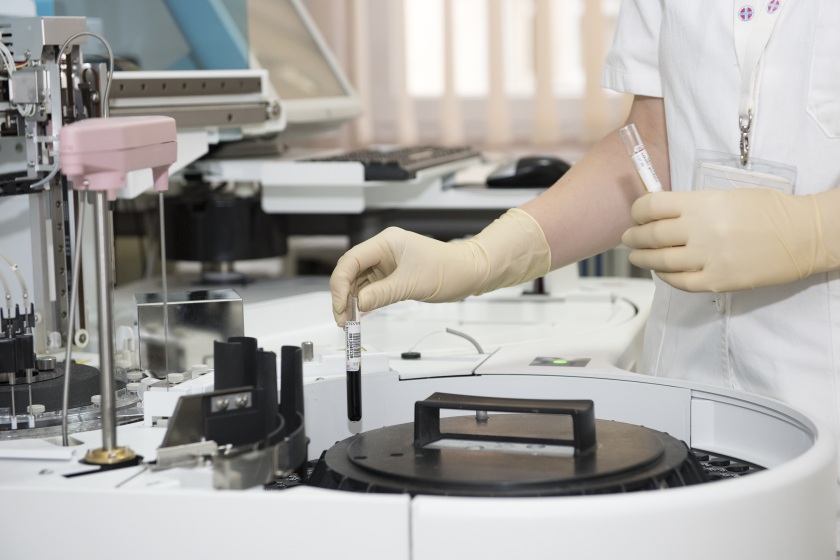 I was seven years old when I contracted my first ever Norovirus. It came from the mother of a family friend and I contracted it from touching contaminated surfaces around her house; without a care in the world for hygiene or the potential consequences. I didn’t know and at that age, I certainly didn’t care – or so I thought.

The next morning as I stood at the sink in tears; my mother beside my side; I asked her just one question. Why? “Because it just happens sometimes, everybody gets it” my mother said. I simply wanted to know how I’d come to suffer like this – I wanted to know what was happening to me, when it was going to end etc. She worked in a supermarket, there was no way she could explain those things to me with the certainty I needed – and from that moment on, I became emetophobic.

I’ve devoted my adult years to studying and teaching microbiology and I have a special interest in caliciviruses; the family of viruses to which Noro belongs. And so here I am; fifteen years later; once again asking the same question, Why?

And as November turns to December, so the Norovirus season begins. Outbreak data suggests that person to person transmission is at it’s highest during the months of November to April; and this in part explains why it’s during these months we hear so often of people around us becoming infected, or bugs spreading around the workplace, schools and hospitals. These are the times it feels as if the net is closing in.

To put that into perspective, if you already keep up your hand hygiene (washing with soap, washing before you eat, after using the toilet etc), then you’re already 37%-47% less likely to catch the dreaded bug than you thought you were.

The ‘Noro season’ is nothing new. “Winter vomiting disease” was first described in medical literature in 1929, but it wasn’t until 1972 that the cause was finally identified under electron microscope. Interestingly, recent studies tracing the ancestry of Noro, estimate that it evolved from a group of viruses that appeared around 600,000 years. It turns out sickness bugs are nothing new, perhaps there were a few emetophobics amongst our great ancestors.

Perhaps our potentially emetophobic ancestors did share some of the concerns that we emets frequently grapple with in the present day. Perhaps they shared our concern of caring for and being around sick relatives and friends – perhaps they were concerned that whatever curse or plague; or however they may have thought of it; was in the air.

The miasma theory was a belief held by our medieval ancestors that epidemic diseases such as cholera and the black death were caused by noxious air emanating from rotting organic matter, such as rotting meat, fish, animal carcases etc. Perhaps they believed Norovirus outbreaks were also caused simply by breathing in this poisonous air. It was around 1880 that the so called “germ theory” was born and scientists began to accept that diseases were caused by individual pathogens – although when it comes to emetophobics, the miasma theory seems to live on.

I find myself being asked frequently by emets, whether or not they’ll catch ‘a bug’ from breathing air in the same room that a toddler was sick in five minutes earlier. Whether or not they are ‘safe’, after they walked past a puddle of sick at the mall. Whether or not their mother, who lives in a high rise block of flats will be safe, even though her friend who lives six stories below her has a bug and has her windows open, etc.

The answer to all of those questions depends on one important question, the subject of frequent debate between emets – is the Norovirus airborne?

Look through the literature and you will find several case reports and outbreak investigations which appear to infer that the answer is yes, Noro can cause airborne infections. Personally, I’m less convinced. The evidence for airborne spread reported in the literature is purely circumstantial.

Perhaps the most famous and convincing example of airborne transmission emerged from an outbreak at a restaurant in 2000. A diner at a restaurant vomited, and attack rates were shown to decrease with increasing distance from the vomiting episode. 91% of diners tested on the affected table caught the illness where as only 41% of diners on the farthest table subsequently became ill.

The paper implicates two ceiling fans in the outbreak, one of which was sited almost directly above the affected diner. These are said to have helped distribute the airborne particles throughout the restaurant, where diners are said to have inhaled the pathogenic particles, leading to illness.

It seems at first like an emetophobic nightmare. You’re at a restaurant and somebody is sick across the room from you and suddenly, infectious particles flood the air. It’s certainly a convincing case for the spread of Norovirus particles in the air, but one important question remains unanswered. Were the diners infected by airborne particles settling on surfaces such as food or drinks on their table, or were they infected by inhaling the particles and subsequently swallowing them?

The answers to these questions may lie in the aerobiology of the other, related caliciviruses; the viruses that cause gastroenteritis in animals, but that is a topic I shall deal with perhaps in a future article. For the time being, I would take comfort in the fact that as yet, researchers have not been able to establish a concrete link between airborne Norovirus particles and infections during outbreaks. The general consensus is that it’s certainly not impossible, but it’s probably quite uncommon.

I suppose, is that the one thing we emetophobics desire and crave going into this winter Norovirus season is control. It is the need for control that drives my phobia, it was the need for control that drove me to ask my mother “why”. I needed to know “why” so I could prevent it from ever happening to me again, so I would never again have to relinquish control of my body to the Norovirus.

We can take some common sense hygiene precautions and measures to greatly reduce our chances of becoming infected, and science appears to be on our side with that. But we must remember that we cannot control everything, no matter how much we try. Understanding and accepting what I can and cannot control was the key for my phobia – it’s the reason I no longer suffer from panic attacks every day. Take comfort in knowing that you can reduce your chances of becoming ill, but don’t be afraid to accept that the chance will never be 0%.

Thank you again to Matt for sharing his knowledge and his story.

If you would like to email me, you can send any questions, concerns, comments or suggestions to contact@hashtagfearless.com. I will do my best to respond to you within 48 hours, but if for some reason I cannot get back to you in that time frame, I promise I will always respond as soon as possible. You can also find me on  Facebook, Twitter, Pinterest and Instagram!

Lastly, I run an Emetophobia Support Group on Facebook. Emetophobia is the intense and irrational fear of throwing up, and it is one struggle I am passionately engaged in. The group is a closed, by request only group to help facilitate sharing and support by all members. It is also private, meaning that the posts you and others make will not show up publicly in your newsfeed.